After he moved out west, he tried going by “Ed”. Back east, Ed was his dad’s name and all family, close friends, and everyone he grew up with knew him as Boone. My sister and I called him Dad.

He was born Edward Boone Simson on February 5, 1960. Dad was raised by a Baptist from New York (Ed) and a Methodist from Oklahoma (Ina). He was the second youngest of eight kids.

I woke up to a phone call from Mom telling me that Dad died late last night or early this morning. I could not believe it. It’s still hard to process. He was gone, so suddenly. No last goodbyes.

My parents grew up in the same town in Central New York. After a brief time in Rochester, they moved back and bought my great grandfather’s house. They brought us up in the church and were often enlisted to be church musicians, playing guitar (Dad) and piano (Mom). Dad’s first career was a salesman, working as a store manager, then a traveling sales rep. For much of my childhood he worked from an office in our home. Our school was closed for all federal holidays, but Dad had to work on some of those days. He said he was going to take me to work with him on one of those holidays and surprised me by taking me to the Baseball Hall of Fame in Cooperstown.

In his 40s he moved our family from the Rust Belt to the Sun Belt. He got his insurance license in the 2010s and then worked for McKesson, Inc. for the last several years. Dad was looking forward to retiring and meeting his grandchildren. My sister just gave birth in September. Eleanor and I are expecting in March. We were all trying to convince Mom and Dad to get the COVID-19 vaccine.

Dad’s passions were songwriting and home improvement. He started writing songs in the 1980s and recorded 11 tracks to compact disc in 2015. He gave me his Martin D12-20 a few years ago. My parents dowsized and moved to a neighborhood for people 55 and older. Dad wanted to be a handyman and help his older neighbors with their leaky faucets. He was a huge help to me when we bought our first home in 2018, and I wish I had more time with him to learn some more things.

Dad had a sense of humor and was great at making kids laugh. With adults he was adept at finding levity in all situations. I always took pride in being able to elicit an uncontrollable belly laugh from him with one of my wry comments. I inherited some of his stubbornness. Dad and I did not share the same politics, but he did say he was proud of me for getting involved in justice work.

Dad loved Arizona’s mountains and deserts. He loved his kids and was proud of us. I can’t believe he’s gone. 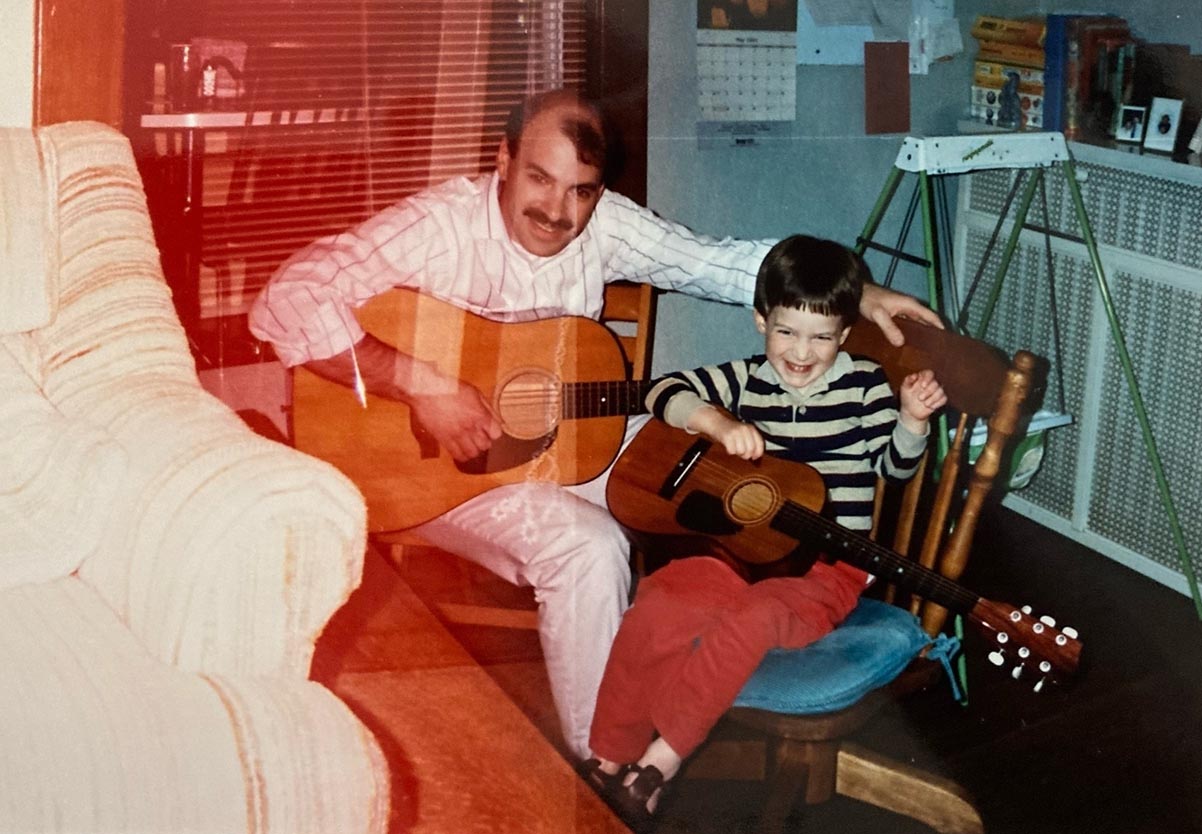